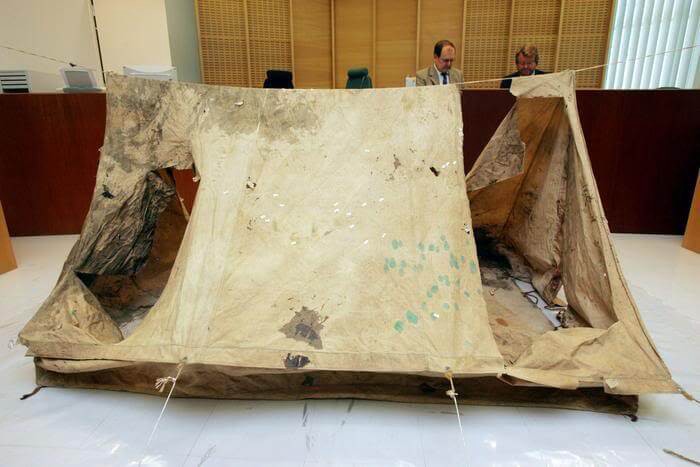 In the 2016 film, “Lake Bodom”, a group of teenagers set out to recreate a gruesome unsolved murder by camping in the site it occurred and recreating the night as it was known. While the movie is fiction, the crime they were recreating is unfortunately very, very real (Grey). The murders, known as both the Lake Bodom murders and the Bodominjärvi Murders (“Lake Bodom Murders”), were horrific and remain unsolved.

The murders occurred on June 5, 1960, at Lake Bodom, near Espoo, Finland. The group of four was composed of two 15-year olds, Maila Björklund and Anja Mäki, and two 18-year olds, Nils Gustafsson and Seppo Boisman. Reportedly, the two young men were dating the two 15-year old girls. What started as a normal camping trip became a nightmare by early morning hours, as three of the four campers were murdered somewhere between four AM and six AM. The single survivor was Gustafsson, who was found unconscious lying on top of the tent with a concussion and fractured jaw (Grey). The bodies were found by Risto Siren at 11 AM, who raised the alarm on the situation. Investigators arrived around noon (“Lake Bodom Murders”).

The tent was torn from the attack, the three teenage victims bludgeoned and stabbed to death inside. The attack likely occurred from the outside of the tent, explaining the damage done to it. The killer likely never entered the tent at all (“Lake Bodom Murders”). Several objects were taken from the scene, including the murder weapons and the keys to the teenagers’ motorcycles, though the motorcycles were still at the scene (Grey). Among the missing items was also the wallets of the victims and their clothes (“Lake Bodom Murders”). While one murder weapon has been identified as likely being a knife, the weapon that caused the bludgeoning damage is unidentified and neither weapon was ever found. Unfortunately, the initial investigation was botched during efforts to retrieve the missing objects, many of which were never retrieved (Grey).

The investigators that handled the case were not on the scene until six hours later, and the scene was never cordoned off as it should have been. Soldiers were called in to help search for the missing items, helping to find the clothing missing from the victims as well as Gustafsson’s missing shoes some ways away from the scene. While this was helpful in finding some of the missing items, it lead to contamination of the evidence (Grey).

An unidentified blond man was seen leaving the scene of the murders by birdwatchers that morning, but who this man was has never been officially identified (Grey). A local fisherman also reported seeing a blond man near the scene, but due to the description being so vague, neither account was followed up on (“Lake Bodom Murders”). There have been other suspects, however. A man who ran a kiosk for camping, who reportedly hated campers and was known to throw rocks at campers and break peoples’ tents, Karl (also named as Valdemar (Eckmeier)) Gyllström, was one of the first suspects. Some of the witnesses identified him as the blond man seen that morning, and Gyllström had reportedly confessed to the murders on several occasions over the years in varying states of inebriation (Grey). According to a neighbor to whom he had confessed, he disposed of the murder weapons by throwing them into a well, which he had filled not long after the murder. Police did investigate the well (“Lake Bodom Murders”). Gyllström was never linked to the crime with evidence and investigators have stated they felt he was an unstable individual and that his confessions couldn’t be taken seriously (Grey). His wife gave an alibi for the night of the murders, but redacted her story on her death bed (“Lake Bodom Murders”). Gyllström died in 1969, drowning in Lake Bodom in what many felt was a suicide due to guilt for the murders (Grey). Officially, Gyllström was never charged and never named officially as a suspect.

Hans Assmann, a former Nazi and rumored to have once been a KGB agent (Grey), though there is no evidence to prove this (Eckmeier), is another suspect that many point to. Assmann lived near the lake and, on the morning of June 6th, was at a hospital in Helsinki covered in red-strained clothing and with dirty nails. Doctors at the hospital identified the red stained as blood, and later one of the doctors, Dr. Jorma Palo, would write books about Assmann possibly being the killer (Grey). At the hospital, Assmann was reportedly acting suspiciously, aggressively, and anxiously, and even tried to use a fake name (Eckmeier). Assmann was found by one detective to possibly be connected to the murder of Kyllikki Saari in 1953. Despite these things, investigators never seriously investigated Assmann, reportedly because he had an alibi for that night. Some believe his political connections are actually why he was never investigated (Grey). Assman is also suspected in other murders, including a young girl who was run over and two girls who were out camping just like the Lake Bodom victims (Eckmeier).

Over 40 years after the horrific murders occurred, investigators arrested survivor, Nils Gustafsson. It was a shocking turn of events. New evidence, including DNA and bloodstain analysis, reportedly pointed to Gustafsson, as well as a witness who apparently came forward after 40 painful years of silence (Grey). This witness, however came forward for a television interview, but would not speak with police and the account was not taken as being 100% reliable (“Lake Bodom Murders”). Gustafsson’s trial commenced in August of 2005, where a life sentence was on the table. The prosecution argued that his target that night had been his girlfriend, Maila Björkland, and that the other two victims were murdered to get rid of any witnesses. His injuries that night, according to the prosecution, were due to a fight with Boisman that night and that some had been self-inflicted to deflect suspicion. The story argued by the prosecution also included a half-mile long hike to hide Gustafsson’s shoes as well as the clothing of the victims. This, the defense argued, made no sense when the severity of Gustafsson’s injuries were taken into account. He was too injured to commit the murders, or hike so far (Grey). Unfortunately for Gustafsson, he was initially sentenced, but a year later was acquitted of the charges brought against him (“Lake Bodom Murders”) and received pay from the government for the time he spent in prison during the trial and the emotional damage he sustained during the proceedings (Grey).

As of now, the case has remained open and unsolved since Gustafsson’s acquittal in 2005 (“Lake Bodom Murders”). Most likely, this case that still divides residents of Finland to this day, will forever remain unsolved.

Solve Crime with Me